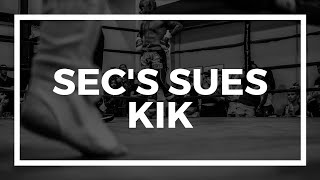 Breakdown of the SEC's Lawsuit Against Kik

In my last post, I talked about how Kik responded when the staff of the SEC notified Kik that it would recommend the SEC file an enforcement action against them. Since that post, ETHNews uncovered a YouTube video that was uploaded live during a talk that Ted Livingston, CEO of Kik, gave in San Francisco in June 2017. Kik's Wells Submission Kik made three arguments to the SEC. One of them was the sale of Kin tokens were not securities under the Howey test because it fails thre